One of the problems I found with this device was that the Wi-Fi seemed very unreliable where I wanted to position the device. I opened it up and found that the antenna is at the opposite corner of the box from where it needs to connect to inside: so the wire that connects it crosses diagonally the board hugging all the chips.

I thought maybe this was a bad idea; that all then electrical interference from the various circuitry would affect the signal - so the signal strength might look good, but the error rate due to the interference would be high.

(Warning what follows will void your warranty and possibly destroy your device - I take no responsibity)
So I decided to void the warranty. I cut the wire, removed the antenna and drilled a new hole in the right hand side for it to go in. I resoldered a much shorter length of wire back on to the board (be very careful here) and put it back together. 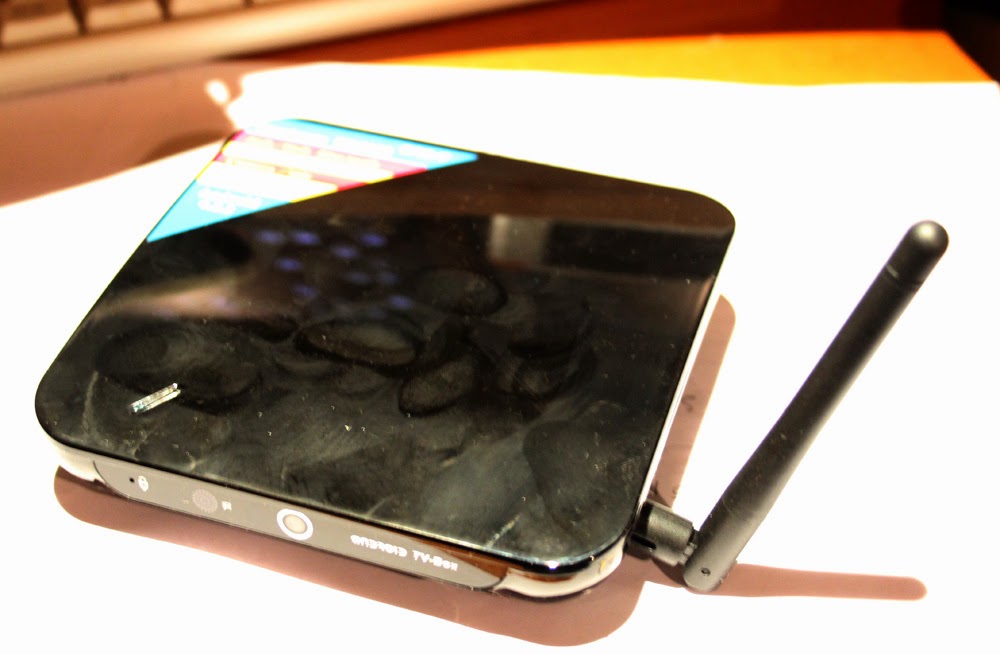 Not perfect but not bad and only took a few minutes. I watched a whole hour of iPlayer and only one minor glitch. Much better than before. Youtube worked fine and sounded good through the optical output.

Decided it could be improved and modified what I saw here. 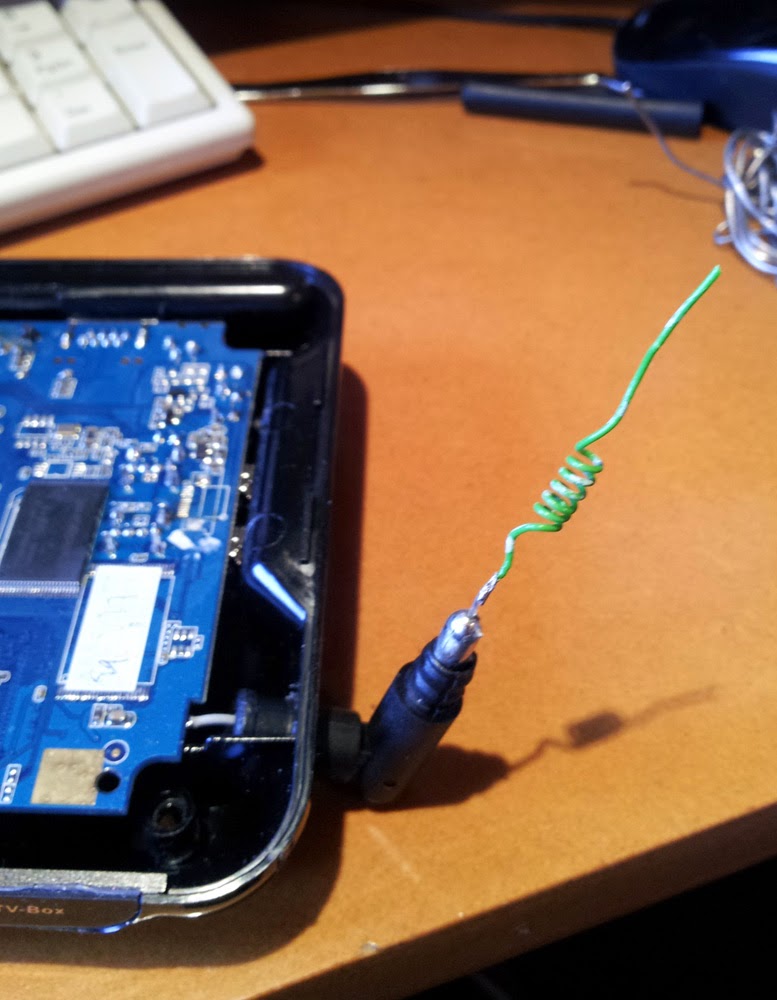 I stuck the black antenna casing back over the top having removed the sleeving inside it. Seems to be a little better than last time. Device is still only connecting at between 11mbps and 18mbps but the connection seems to be solid.

HX8-C Android TV Quad Core Rockchip etc etc.. How to switch it on and other things

I don't watch a lot of telly so when I finally weakened and spent just over £60 on this Android TV box it was much more about mucking about with android than watching anything.

The device is quite attractive and very small, has 4 USB ports (one OTG), HDMI, Optical Audio and an AV socket (which has a red, green and blue phones - which implies to me its component rather than composite and audio. Haven't tried it yet.) A webcam, microphone, external antenna for WiFi, Bluetooth and an infrared remote control.

The is no 'ON' button which poses the first problem; switching it on. Out of the box the device does nothing and even crashed my iiyama monitor. In the end the combination of unplugging and replugging the HDMI and then pressing the tiny reset button with a pen brought it to life (you'll get use to this). Once on, you can put the device to sleep with the 'power' button on the remote. The remote control is next to useless for operating the device and also seems to have the same codes as my DVD player.

I have a Sky Now TV box to compare it with which cost £10. It is a restricted Roku box but you can sideload Youtube which works well. So I have this to compare the HX8-C with. To be honest I haven't been that impressed with the video. The quality of video is not wonderful - in clarity and smoothness its not as good as the Roku. It does on the other hand handle the android side of things well. Wi-Fi is a bit flaky despite the internal antenna and seemed to be dropping to 11mbps despite showing good signal strength.

I decided to see what I could do in terms of rooting, recovery options, custom roms and dual booting.
The HX8-C appears to be the same as the CR11s and the CS968 and there is quite a lot for these devices.

ROOTING OR INSTALLING CUSTOM ROMS MAY RENDER YOU DEVICE USELESS.  You perform these operations at your own risk and I take no responsibility for what happens.

Firstly you need to install the Rockchip drivers on your PC and the easiest way is to use the RK_DriverAssistant available with instructions here.

To root the device with windows I used the instructions here. To use the OTG USB port for this purpose you have to set USB DEBUGGING in Developer Options and then under USB check the 'Connect to PC'. As you run the TPSparkyRoot.Bat, each time your HX8-C reboots you will have to recheck the USB/Connect to PC checkbox.

Root is not necessarily permenant. That is because the devices recovery system rewrites it if anything goes wrong. I tried to instal ClockWorkMod - it failed and root was lost as the device repaired itself.

I installed a Reboot app as the device only has the option to Power off and removing the HDMI and pressing the reset button to get it back on again becomes tiring. I then downloaded Nandroid Backup and backed up in both CWM and TWRP, copied them to my PC, in case of problems later.

Opening the device up - top view 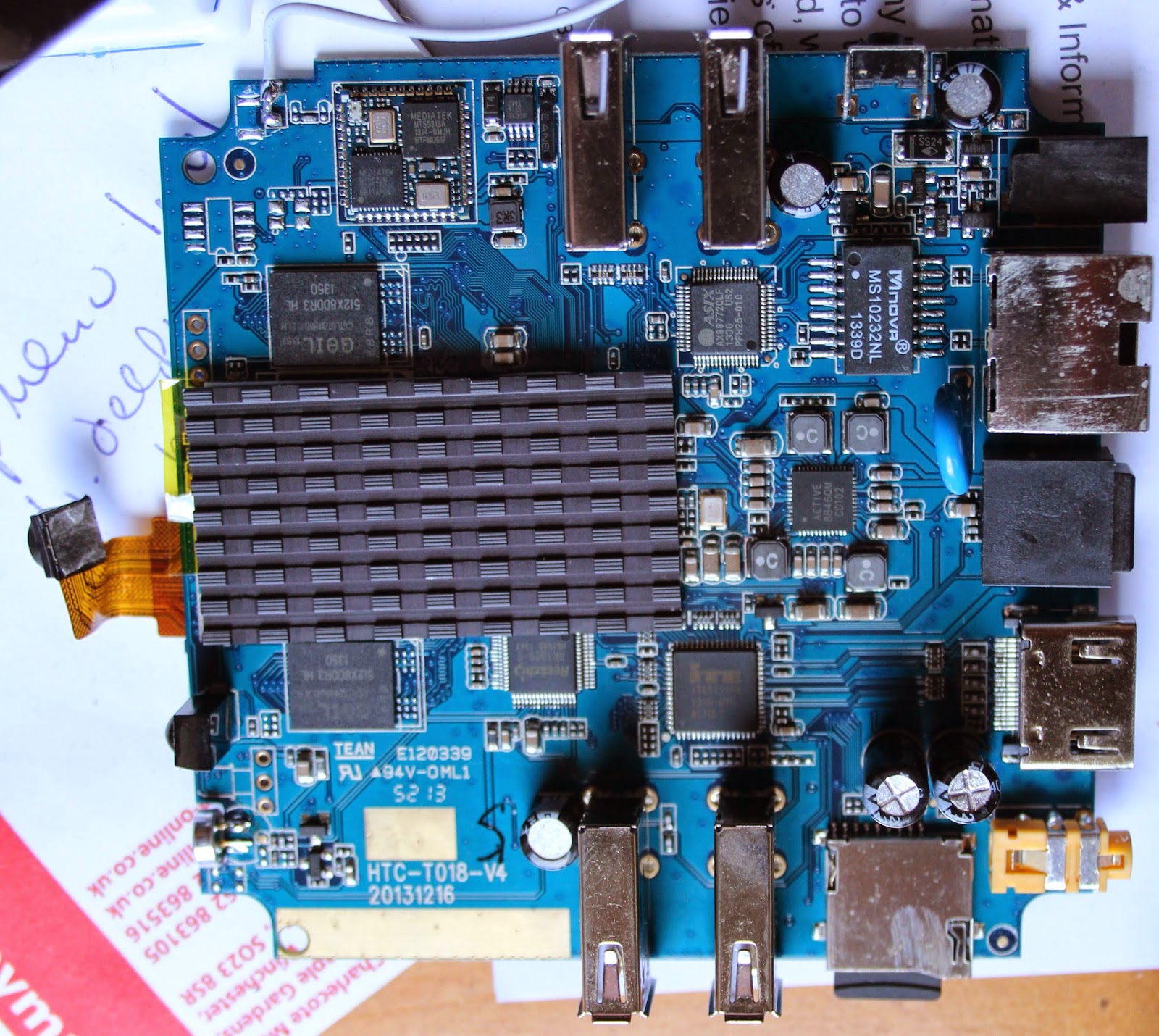 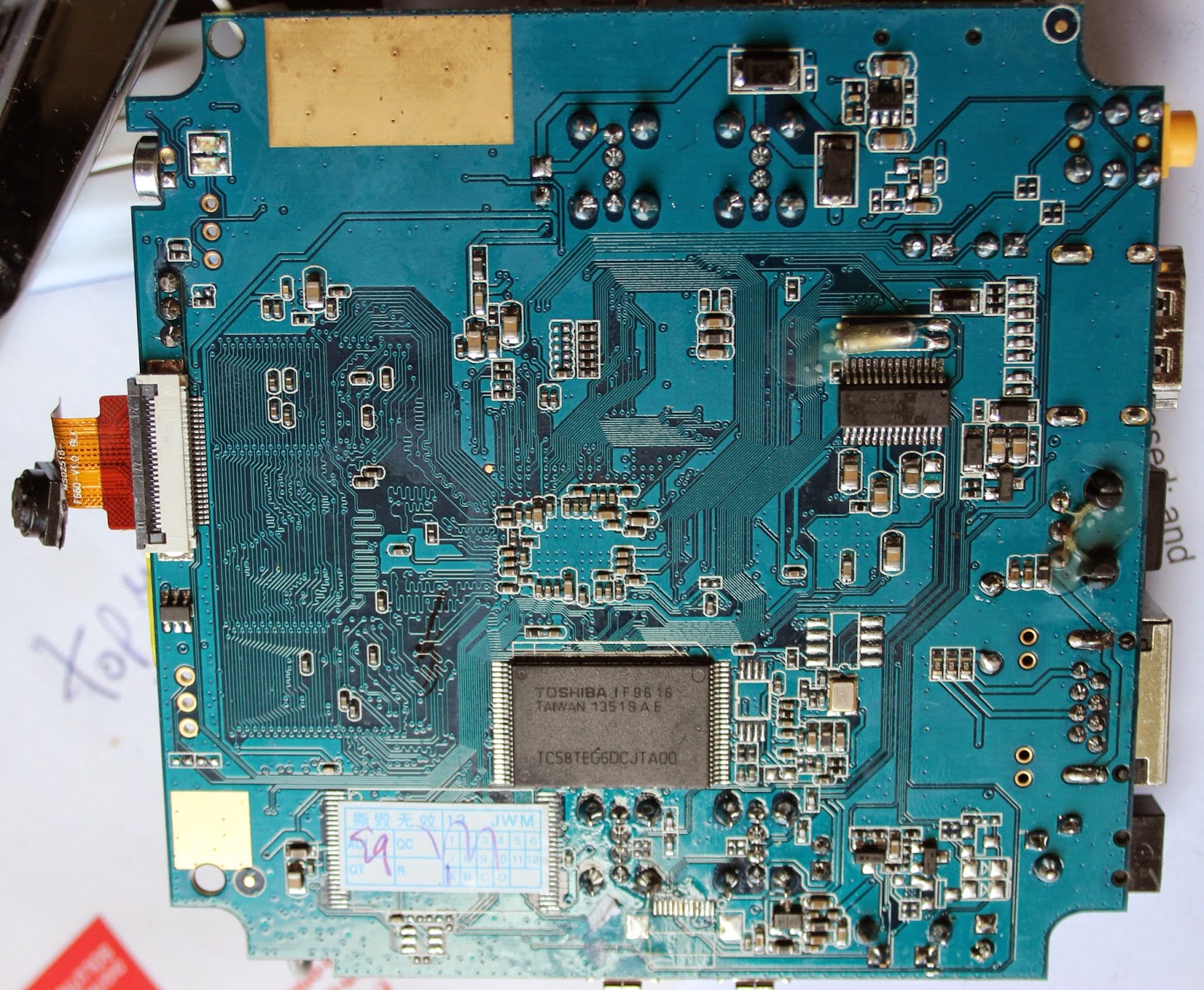 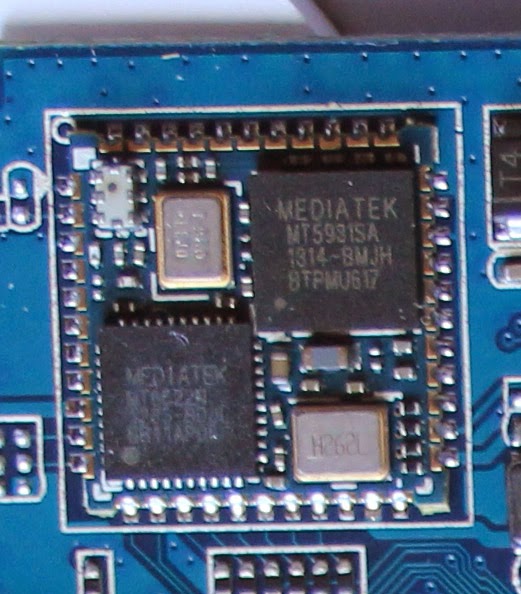 This indicates that the box is similar to the CS968 v3 but the board number is HTC-T018-V4 so it is obviously the latest version. Unfortunately most of the custom roms and the Linuxium dual boot are for the CS968 v2 which uses the AP6210 wifi chip. Use those roms here and you will have no wifi/bluetooth.


That's all for now.. write some more later.